Organisers of the International Fastener Show China (IFS China) state that the show is already one of the three largest fastener industry events in the world, and the largest in Asia. With this in mind, Editor Will Lowry travelled to Shanghai to see first-hand how the show has developed such a status. 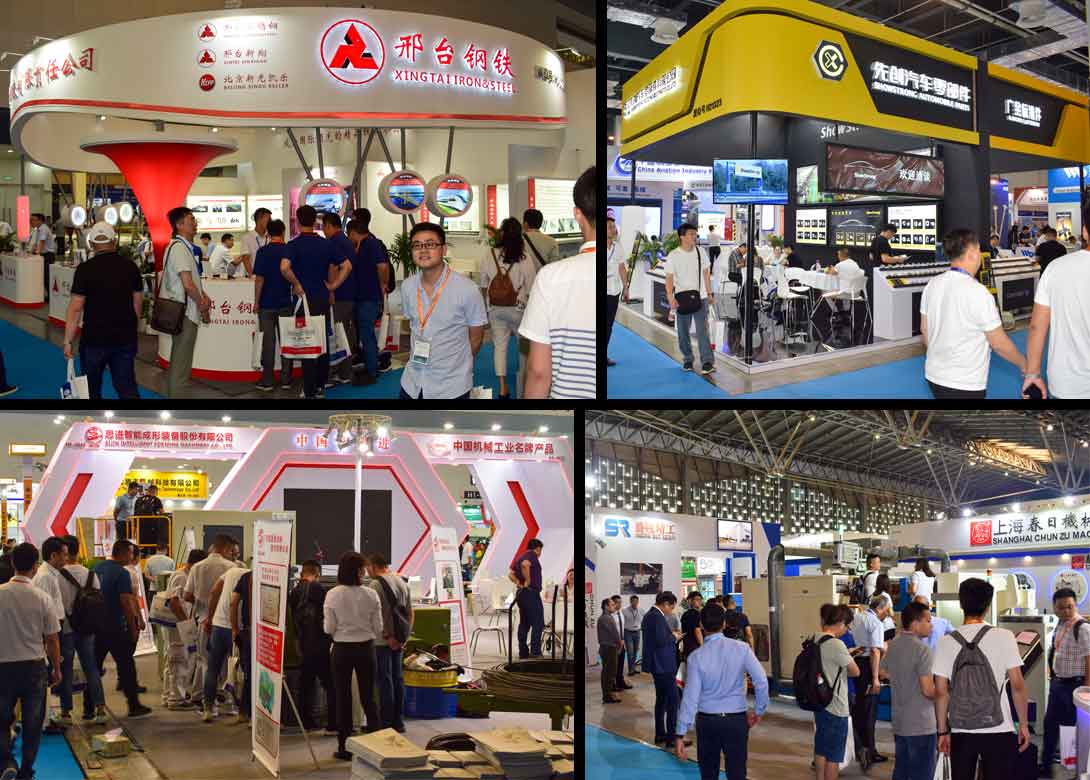 The show undoubtedly represented the key players within the Chinese fastener and machine building sectors – all of whom presented their competitive technologies and products at the show. Over 725 companies participated, with numerous large ‘space only’ stands attracting a lot of attention in the centre of both halls. The more traditional shell scheme stands were placed around the edges of each hall. 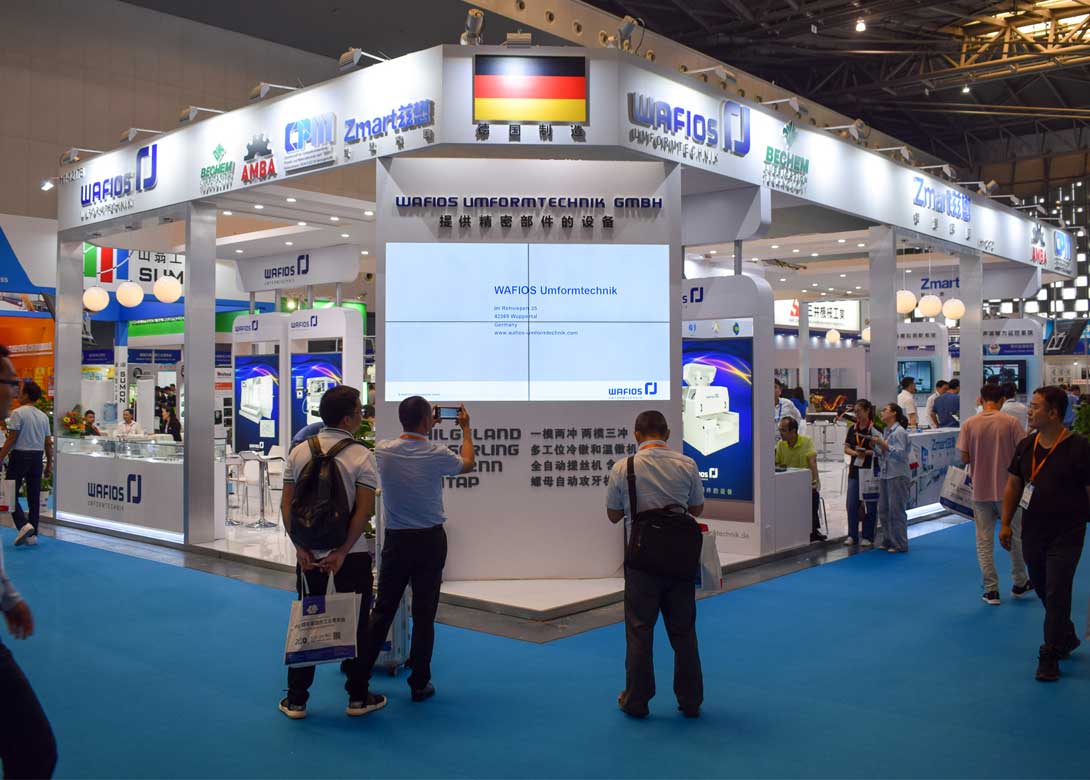 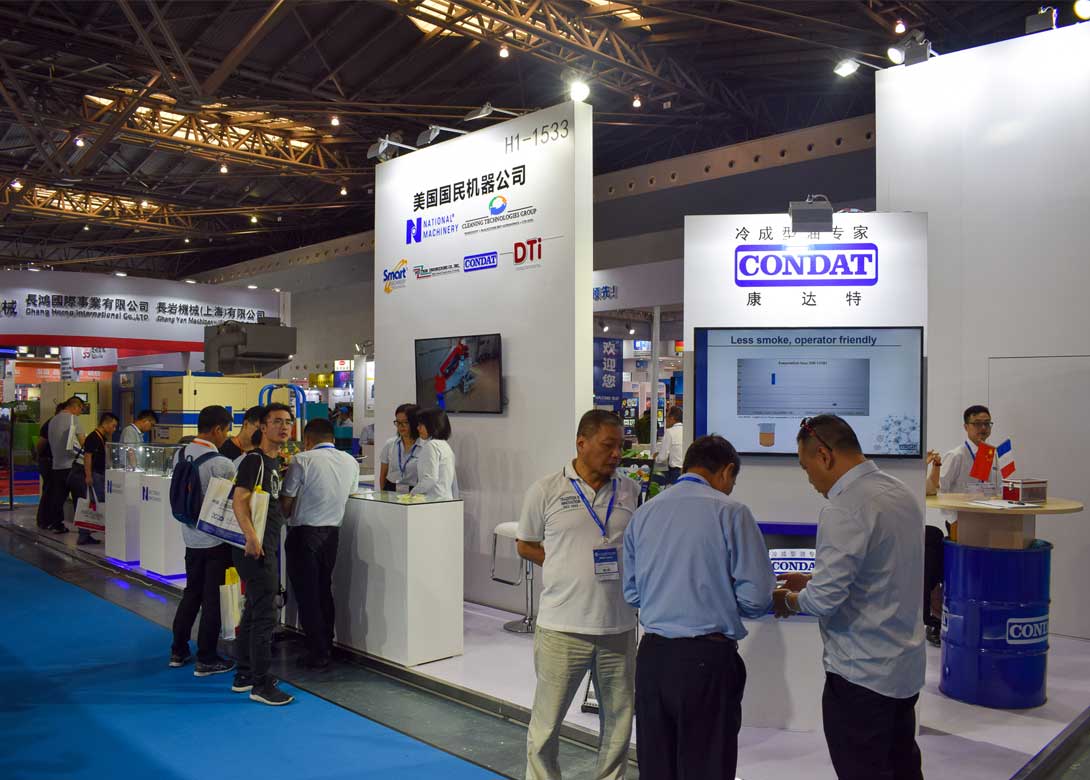 The aisles were undoubtedly busy throughout both days of the show, but exhibitors commented on the lack of western visitors, especially from Europe. Many highlighted the Fastener Fair Stuttgart show in March as the reason why there were less European visitors, as most had met customers during the German show. However, the overall mood was definitely positive and there was a clear pride in having a show representing the ‘best of China’. 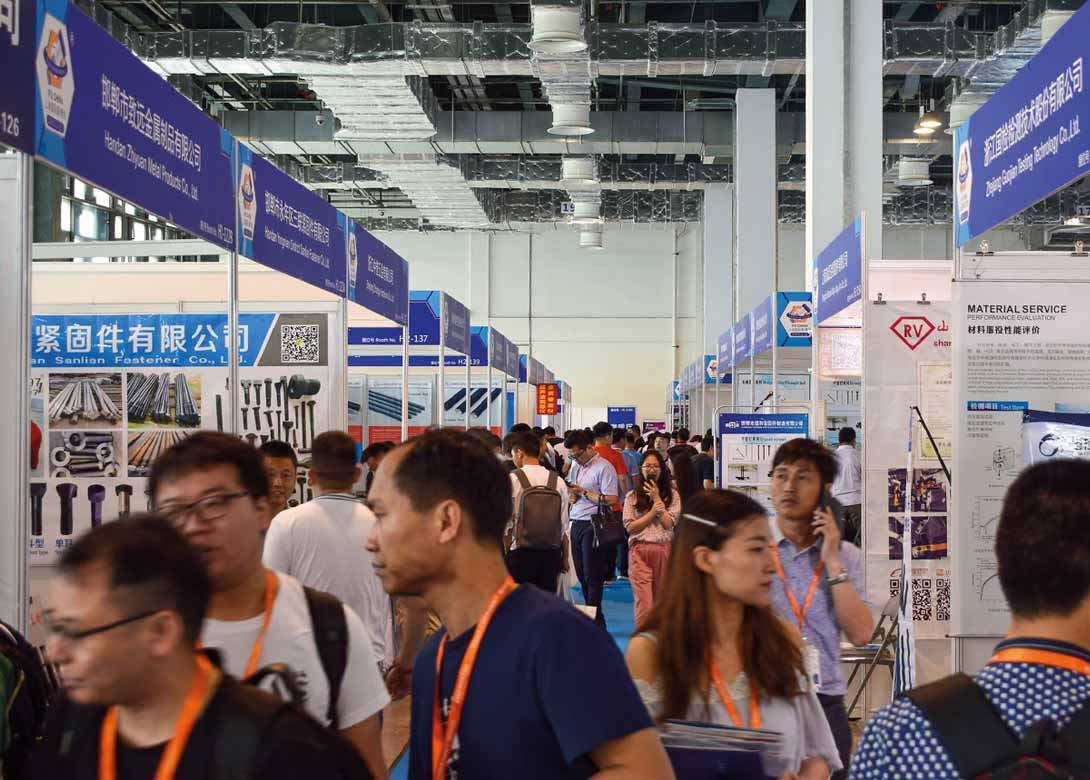 Mr Xue Kangsheng, president of China Fastener Industry Association of China General Machine Components Industry Association, commented on the show: “This year’s edition of the International Fastener Show China showcased its authority and influence in the industry.” Whilst Olaf Daebler, global director of industrial supply, research & technology of Deutsche Messe AG, said: “The significant increase in both exhibition area and number of the exhibitors, reflects the very high-level of internationalisation and great international influence the International Fastener Show China has in the industry.”

In addition to the show there was also the ‘Third Session of the 8th Standing Council of China Fastener Industry Association’, as well as face-to-face international purchasing meetings that took place throughout both days. Plus, there was an invitation only Appreciation Banquet on the first night of the show – at the Pudong Shangri-La hotel – which was a spectacular dinner and once again underlined the professionalism of the organisers.

From visiting the show there is no doubt that it has quickly established itself as the leading Chinese fastener event, encompassing every part of the fastener industry. It has also been adopted by the Chinese industry and visitors. For western visitors looking to find out more about the Chinese market and suppliers, it has become a must attend event.

The next edition of the International Fastener Show China will take place from 22nd – 24th June 2020 once again at the Shanghai World Expo Exhibition and Convention Centre. 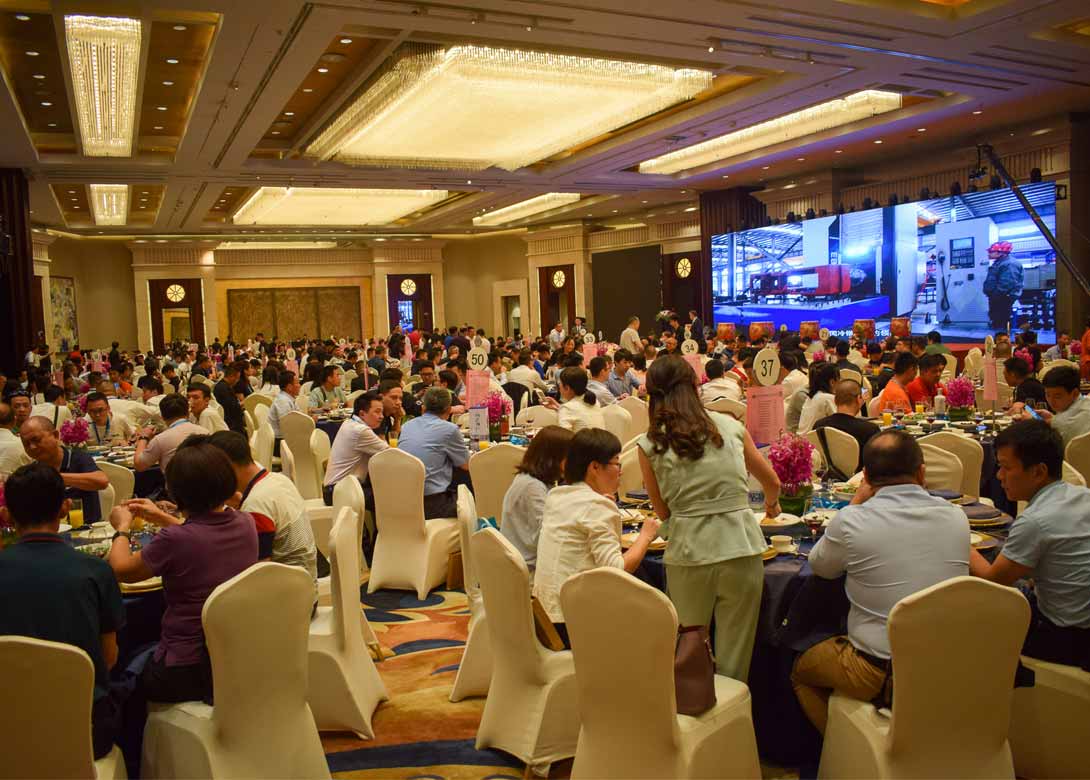 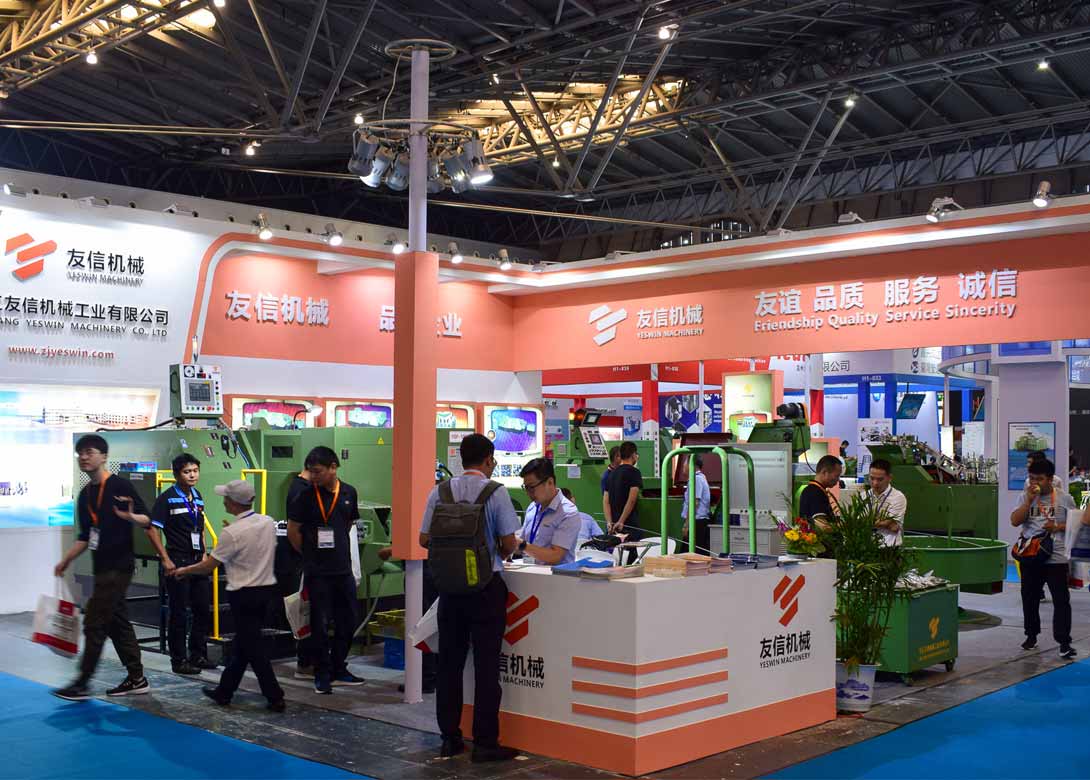 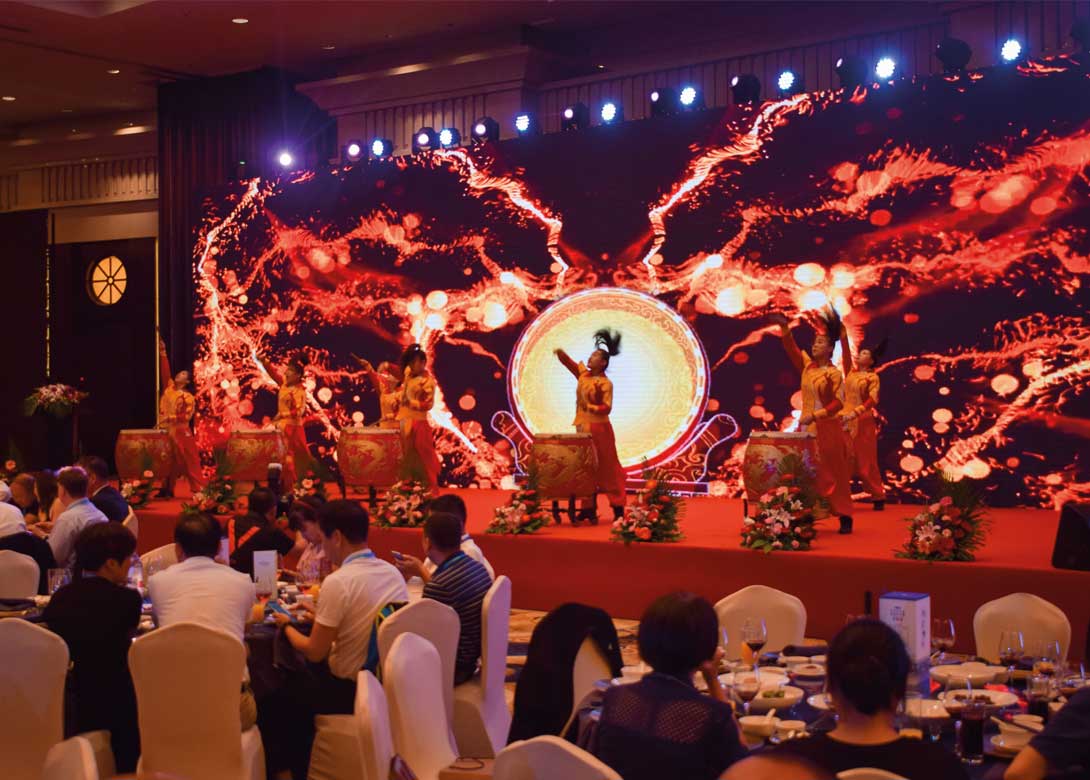 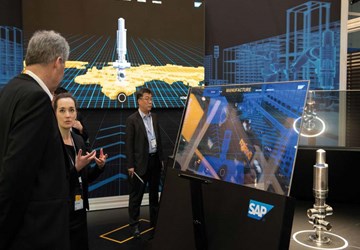