After an excellent premiere in 2016, the DIY Boulevard is entering its second round at EISENWARENMESSE – International Hardware Fair Cologne from 4th – 7th March 2018. Once again, in cooperation with the manufacturers association – Herstellerverband Haus & Garten, e.V., Koelnmesse is offering DIY suppliers a presentation area in the centre of Hall 5.1 and can already announce that it is fully booked.

Catja Caspary, vice-president of organisers Koelnmesse, explains: “The premiere of the DIY Boulevard was a total success. The concept is very much in-line with the suppliers’ demands. Due to the high demand we are not only fully booked, but have also been able to extend the Boulevard by 235m.”

Top players from the building, home and garden sector including ABUS, BURG-WÄCHTER, fischer, Hailo-Werk Rudolf Loh GmbH & Co KG, Hettich Group, Alfred Schellenberg GmbH and tesa SE were already convinced by this format at the previous event and will be exhibiting on the DIY Boulevard once again in 2018. Newcomers include exhibitors such as Alpina Farben, SPAX and MEM Bauchemie GmbH.

“Innovations by the metre’ and ‘Shelf competence’ are aspects that occupy the DIY sector and bring it forward. The DIY Boulevard gives the exhibitors the opportunity to present their competence and innovations in an authentic POS environment. The Boulevard is not only flanked by the Networking Area this year, which is used by the exhibiting suppliers for discussion purposes – the trend is moving in the direction of a combination between shelves on the Boulevard and facing the actual stand area. The pioneers here in 2016 were Conacord Voigt GmbH & Co KG and Hettich Group. At the next event, more big players will again be showing their competence both on and alongside the DIY Boulevard.” 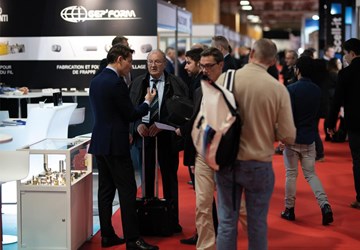 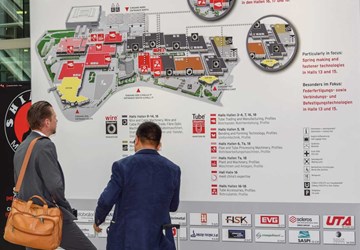