In the last edition of Fastener + Fixing Magazine we invited the European Fastener Distributors Association and the European Industrial Fasteners Institute to give us their perspective on the anti-dumping investigation into imports of certain iron or steel fasteners from the People’s Republic of China (2020/C 442/06). For this issue we have invited individual manufacturers and distributors to give us their perspective.

Nobody’s thoughts have been omitted. If ideas or beliefs are not represented it is simply because they were not provided. Through necessity of space, some contributions have been edited, but we have been meticulous in retaining the core of each contributor’s perspective. We also gave companies the opportunity to remain anonymous if they preferred. We make no claim for how representative these assessments are, but they represent both sides of the discussion and make for a fascinating read.

At the request of the European Industrial Fasteners Institute (EIFI), the EU Commission has opened an anti-dumping investigation related to all fasteners and fixings with ‘heads and threads’ as well as punched parts originating in the People’s Republic of China.

It is disturbing, because it is neither helpful for the industry nor for the European economy at precisely this point in time – but rather the opposite. Almost the entire world economy has been weakened by the Covid-19 pandemic for more than a year. Through the stoppages in individual countries or companies, caused by Covid-19, supply chains have broken down leading to production losses worldwide.

Europe in particular is still fighting against the second wave of Covid-19, with some countries already in the third. However, right now in the first few months of 2021 there is a semblance of the economy starting to pick up slowly. As if the world and Europe in particular has not already been punished enough, the EU has opened an anti-dumping investigation that is going to aggravate the whole situation. An important element of such a process is ‘harming the European market’. Indeed, experts see this more through the investigation itself, than through any real dumping.

If tariffs are applied, all importers will be forced to revamp their supply chains. It takes time to find high-quality, reliable sources of supply. Typically, for this type of re-orientation a range of visits by purchasers and auditors are needed. However, due to Covid-19 these are at present simply not possible, which makes it more difficult to find new sources.

A further consequence, that we are all really feeling, is considerably increasing product prices. This is on top of the current bottlenecks in the availability of containers in Asia, as well as the lack of transport capacity on freighters, which are also driving up transport costs. For all importers, and the German economy, this means that the focus is more on availability than price.

Certainly, on the manufacturers’ side you could turn this argument around and claim that the manufacturers, already damaged by Covid-19, are now having to suffer additionally under anti-dumping. One could certainly go along with this, if European manufacturers were still producing major quantities of ‘standard screws for general application’, but it is common knowledge that this is not the case.

However, there is no cause for alarm. European trading companies have joined forces under the umbrella of the European Fastener Distributor Association (EFDA), which in turn has formed an Anti-Dumping Task Force that is actively involved in the proceedings. REYHER is also bringing in decades of experience as an importer, as well as knowledge of the previous anti-dumping investigation from 2009. EFDA’s first goal is to avoid customs’ duties. If this fails, then to keep them to an absolute minimum.

With our branches in Shanghai and Kaohsiung, we are close to events, observing the market and together with EFDA keeping contact with the Chinese manufacturers and trade associations. One can only hope that the EU Commission recognises, if at all, and to what extent, there is harm to the EU market, and whether there is any differences between the causalities of dumping and harm.

We all want a world market, working and functioning in accordance with regulated, market economy criteria. Unfair violations need to be identified and eliminated. At the end of the day, should there be anti-dumping customs duties, just like last time, close attention must be paid to such companies who will try to circumvent these customs duties.

We believe the ‘sensitivities’ of just a few market operators cannot, and must not, be pivotal, any more than a construed, unrealistic price comparison. Let us hope for a targeted investigation with a result that is acceptable for all sides. 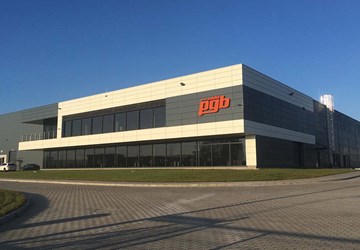 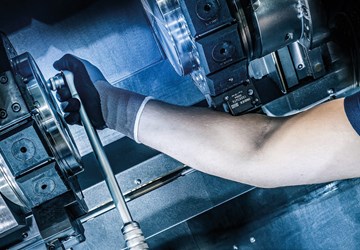