Here Sérgio Milatias gives his thoughts on the Brazilian fastener industry and the opportunities for the future.

The players in the Brazilian fastener market – manufacturers of screws, bolts, nuts, rivets, supplying the stores, distributors and end user industries (including the building sector, automakers, auto parts, furniture and machines industries) – started 2017 with a little bit of hope, but remained burdened by so much mistrust and insecurity about the scenarios of ‘economy + politics’ and ‘economy x politics’.

In recent years, the letter B in the acronym BRIC seemed like it was walking in the right direction, with high-levels of improvement and development. However, many people know the reasons for our fall, caused mainly by corruption and irresponsibility from the political class. Despite the bad period during 2015 and 2016, this nation still has a big capacity to produce many things and a huge consumer market. It is the 9th largest world economy and 25th largest global exporter, with more than 90 million internet users and almost 200 million smartphones in operation. Fortunately, the economic recovery is happening.

Focusing on the fastener market, due to the lack of information available, we use here the reference of the automotive sector for analysis. Automotive production in 2016 placed Brazil in 10th position with 2,156,356 units, according to the OICA (www.oica.net), one place ahead of France with 2,082,000 units and a little behind Canada producing 2,370,271 cars. In January 2017 ANFAVEA (the local automakers association) predicted recovery in the sector, pointing to growth of 12%. When this report was written, Brazilian production had already surpassed 2.5 million units, without including December results, giving confidence of an increase of around 23% growth over 2017, and the potential to achieve 2.7 million units just before 2018 arrived.

If we multiply 26kg of metallic fasteners per car, this suggests the automakers consumed 65,000 tonnes of fasteners. In fact, that estimate is almost certainly low, because the calculation is based on the ‘carros populares’; compact cars using 26kg of fasteners on average (around 1,200 of screws, bolts, nuts, etc). Many of these cars use engines with 1,000cm³ and a big proportion do not have air conditioning, hydraulic steering and electric windows. Therefore, less equipment, less fasteners consumed. So the demand for fasteners is expanded by the bigger and better equipped vehicles, particularly the increasingly popular SUVs, as well as by tractors, buses, trucks, road/agricultural machines, fork-lifts, etc. Estimating final 2017 numbers it is highly probable more than 100,000 tonnes of metallic fasteners were consumed by the automotive and related sectors alone, and that does not take into account the 813,868 motorcycles produced in the year. And further growth is anticipated for 2018.

In other fields, such as fasteners for wood, just using as reference the five most important local manufacturers in that sector (Belenus, Ciser, Jomarca, New-Fix, Rex) they must be producing around 10,000 tonnes per month.

Experiencing the notorious risks of devotion to commodity products, recently Brazil lived the ‘Oil & Gas boom’, becoming a specialist in deep sea exploration. Until 2013, with petroleum prices above US$100/barrel, it attracted many investors. But the ‘dream is over’ as petroleum prices plummeted and the sector was rocked by corruption scandals. Despite this, Brazil remains 10th place in world oil production, with reports of 2.8 million barrels daily in 2017. However, the energy field is ‘blowing’ for new, and cleaner, directions.

To guarantee the expected recovery, one of many important resources is electric energy. Brazil did not have problems in 2017 with energy demand due to the recession. Now, in the recovery moment, the wind power surge is a good opportunity, including for fasteners players. The sector is experiencing a healthy, very healthy, growth level. During August 2017 a historic milestone was achieved when, according to Brazilian wind power association ABEEólica, 10% of total electric energy consumed in Brazil was sourced from wind generation. ABEEólica data also show that Brazil reached 12.33GW of installed wind power capacity using 491 wind farms during 2017. Under construction or contracted are another 228 parks that will be ready by 2020, predicted to generate a total beyond 17.5GW. 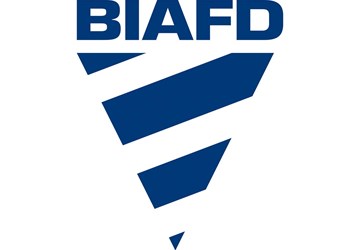 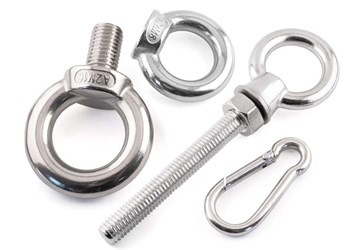