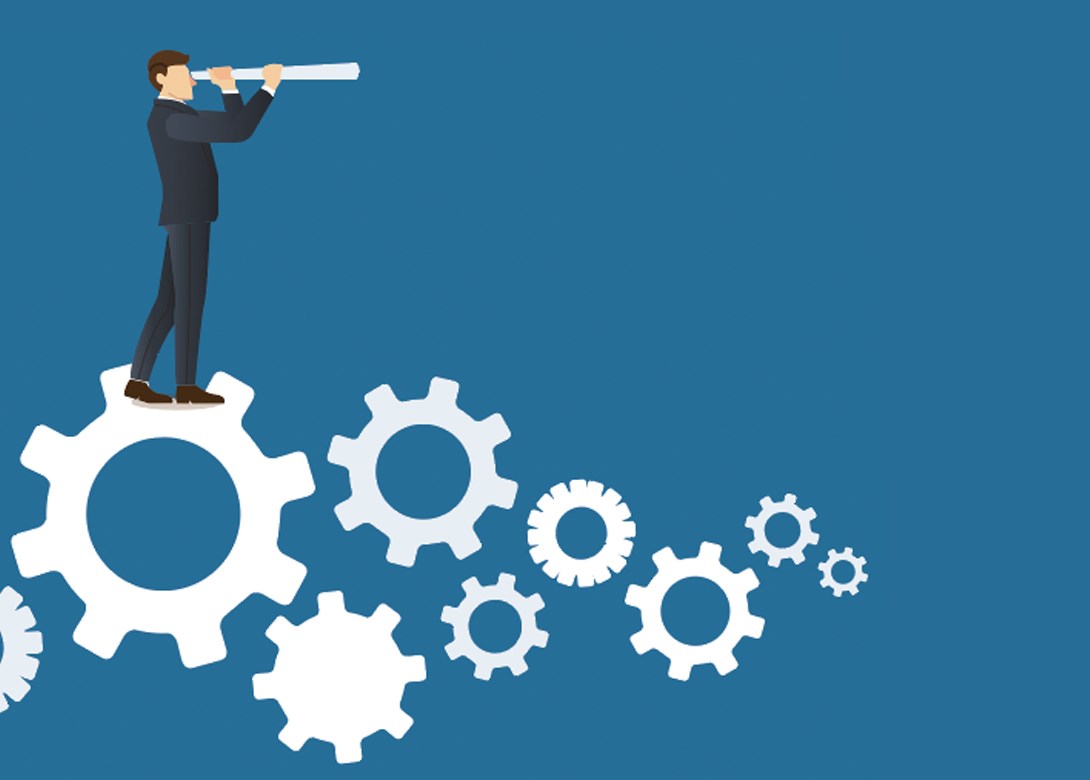 Which came first, the chicken or the egg? This almost childlike question is one known around the world and is indeed profound. In fact, reduced to its simplest form, it could be stated as: ‘Cause’ and ‘Effect’.

The fact that ‘history’ repeats itself is evident in one billion years of evolutionary development, where through countless repetitions of reproduction, we can trace family trees of species, geographic transformations and climate change. Given this knowledge and ability, it shouldn’t be too difficult to determine where the ‘Cause’ for the ‘right to repair’ lies and what its potential ‘Effect’ on fastener design may be.

The how and why

The ‘right to repair’ is a consumer/product user response to manufacturers’ business practices. In turn, these relate to the market and supply chain developments, which have transformed all aspects of human activity following the end of World War II (WWII).

At the end of WWII, the global population was around 2 billion people – it’s now approaching 8 billion. Although the war had been fought globally, the nature of manufacturing industries was distinctly nationally based. Major national companies did have overseas investments, but these represented a tiny fraction of the host’s gross domestic product (GDP).

Recovery from the ravages of WWII gave rise to the development of local production of essential goods – in parts of the world where overseas supplies were either unavailable or too costly to import. In developing countries this led to the need for manufacturing plants and equipment, often obtained second hand from developed countries.

In Japan the focus on manufacturing production and quality, coupled with the desire to market goods overseas, provided a distinctive route map to all Pacific Rim countries wishing to improve the quality of life of their populations through manufacturing.

Interestingly, a significant problem faced by customers of replacement parts in industrialised countries, for example service items for mass produced vehicles, occurred from the widespread availability of ‘counterfeit’ components from newly developing countries. The fact that, difficult to spot counterfeit parts could be readily produced, demonstrated a manufacturing capability that had both turnaround times and batch sizes ideally suited to ‘Just In Time’ manufacturing.

The concept of ‘Trans Plants’, locating manufacturing facilities around the globe, overcame the threat of import tariffs. It also created the demand for manufacturing quality from both the local employees and the indigenous supply chain.

Industrial acquisition and mergers, supported by extremely well resourced hedge funds, created global behemoth organisations that quite literally function 24/7 and on which the sun never sets. The primary objectives for these ‘branded’ entities being market share and profit.

The nature of all profitable transactions is always to obtain at the lowest price and sell at the highest. Hence, the global endeavour was to manufacture where things were cheaper and sell where folks could afford to buy.

In 1990, enter China, with the intention to dump the previously outmoded command economy and to use the Western model to obtain a place at the top table. The offer was extremely low cost labour and materials to make things. Quality was not an issue provided what was made functioned and was cheap.

For ten years container ships conveyed ever increasing tsunamis of goods to an over eager world able to buy products at a throwaway price. Don’t bother cleaning, storing and repairing it, just use it then get another one. The net result of this time of plenty was the virtual demise of independent manufacturers in industrialised countries. This corresponded with a stupendous increase in the manufacturing capabilities within China and the infrastructure to ship it.

By 2001 China had entered into the World Trade Organisation (WTO) and also had the ability to manufacture at the cutting edge, obtained by offering access to its potential market through setting up joint ventures with most of the world’s leading companies. This was the accepted working model and the rest as they say is history!

In the ‘economy of everything’ there are only three players – businesses, regulators (governments) and those who purchase. In manufacturing, Original Equipment Manufacturers (OEMs) bestride the globe.

At one end of this spectrum are those OEMs that rely on mass markets – automotive, white goods, electronics, etc. At the other end are the luxury goods where mass does not equate to profit. In all cases, it’s market share that counts. The supply chains that support the OEMs are like weathervanes, which turn to show the direction and strength of the prevailing market forces.

As previously stated, for many global OEMs, the route to the top has been through buying market share by astutely timed acquisition and mergers. This is invariably followed by product and process rationalisation, often leaving parts of the existing supply chain without future business. In this way, the supply chains serving global OEMs are also rationalised.

Gaining market share means increased investment to meet the demand. Keeping market share means competition, which is always cost driven. So, to ensure the new investment in productive capacity remains lucrative, OEMs need a constant supply of new and successful product models; a reliable customer base which it serves; and a quiescent supply chain, which always does its bidding.

Regulators take no part in the commercial ‘feeding of their flocks’ (the population they serve). Their role is to ensure the products sold in the markets they regulate are ‘fit for purpose’ and satisfy health and safety demands. They are also very aware of the need to ensure their own financial viability by imposing taxes on the population they serve, which very often includes the products they buy. Indigenous OEMs, including the ‘Trans Plants’, are protected from outside competition by import tariffs, unless free trade agreements have been reached between the areas that make and buy.

Like any medieval merchant’s balance, the regulator stands astride the fulcrum to ensure the weighting between those supplying goods and the people purchasing them is in equilibrium. Where the goods supplier is internationally large and powerful, the regulators of small communities can be offered incentives to provide market advantages not gained by others. Alternatively, powerful regulatory bodies controlling a gold mine of prospective business for the OEM can, in turn, seek to extract additional benefits from even the biggest players if they see an advantage.

Since all trade demands documentation, the linkage between those supplying goods and those regulating them is a natural one. On the other hand, unless the purchaser of such goods is a major organisation able to bestow ‘grace and favour’ on an OEM, then every purchase will be an individual event.

From the earliest days of human activity, it has been recognised that when individuals work together, great things can be achieved. Looking back in time it is clear that without ‘people power’ there would be no people.

The ‘right to repair’ revolution has been a direct consequence of OEMs and their constant determination to expand their business and make greater profits. Having sold a product, a OEM then seeks to consolidate their continuing profitable linkage with the customer. This was done by insisting that all maintenance and repairs, both within and outside the warranty timescale, were undertaken by the OEM’s network or its agents. How did they do this? By denying the customer or any independent body access to the necessary information, spare parts, tools, software, etc. Anything that was needed for a repair.

The push back began in the USA with automotive customers demanding the ‘right to repair’ by obtaining product information, which would allow non-OEM networked operators to independently maintain and repair a product where ever and whenever necessary.

In 2014 the State of Massachusetts passed a law allowing the ‘right to reair’ automobiles. Although not a Federal Law, all USA-based vehicle OEMs adopted it.

Subsequent roll out across the white goods and other sectors has and is continuing with Executive Order 14036: ‘Promoting Competition in the American Economy’ signed by President Biden on 9th July 2021.

In March 2021, the EU introduced measures to promote the repairability of products. Great Britain agreed to do the same. An objective of the initiative is to reduce the amount of waste materials being consumed in new make products. To assist with this, OEMs are required to have spare parts necessary for repair available within two years of a product going on sale and for 7 to 10 years after the product has been discontinued.

Many major OEMs have been working together to slow down, reduce or reverse this development. They claim that the purchase and use of new products, offer benefits related to energy savings and safety, which older products do not enjoy.

In short, the main items of the ‘right to repair’ initiative are:

The USA, EU and UK only represent around 10% of the world’s population. Of course, these regions do enjoy significant spending power but with increasing global trade this is rapidly becoming ubiquitous.

It is the global communications networks, which offer almost all citizens the opportunity to see what their neighbours are doing. This is the driving force for economic migration and also for the aspiration to obtain what is perceived to represent ‘quality of life’.

Only global players are big enough to take part in global manufacturing. This means that to gain the advantages of mass manufacturing, with a profitable churn of products and delivery, it follows that goods made for one market should be available for all.

So, if the demands on OEMs for the ‘right to repair’ within the USA, EU and UK purchasers is adopted in other markets around the globe, then it follows that OEMs should be focussing their attention on their supply chain partners who deal with product assembly. This naturally means fastener design.

Waste, as perceived by the regulating bodies, occurs when a sensor, a bearing, or some generally low cost single item, fails and is inaccessible for reasonable cost repair. Typical of these are permanent assembly designs, which use gluing, welding/brazing or cold forming to deny access without destruction.

Two classic examples of sealed for life units are the drums on front loading washing machines and the ubiquitous automotive wheel hub. In both cases, the bearing is inaccessibly bonded within a permanently sealed drum or trapped by cold forming to function as part of a wheel hub unit. Clearly, the specification of the bearing could be upgraded to ensure failure is in the very outer region of the bell shaped probability curve, or the unit could be redesigned to permit cost-effective disassembly and repair.

As the ‘right to repair’ expands, this aspect of product design is very likely to become an increasingly important feature of manufactured goods. In the short to medium term, one immediate problem faced by all OEMs is what to do about inventory. Marketing departments will now have to reconfigure their spreadsheets to accommodate the new requirement for independent repair. This naturally means:

Irrespective of which side of the argument you stand, it is undeniable that low cost disassembly, whether for repair or disposal, will be a game changer. So, perhaps designers of mass produced goods will adopt a slate of new design principles – based perhaps on the ‘six degrees of freedom’ as is perfectly demonstrated in the design of smartphone cases. Of course, such products are very different to automobiles, white goods, etc, but the principle of designing features such as dovetails, eccentric clamps, embedded clips, etc, could open up new market opportunities for the fastener industry, as did the introduction of flat pack furniture. Watch this space! 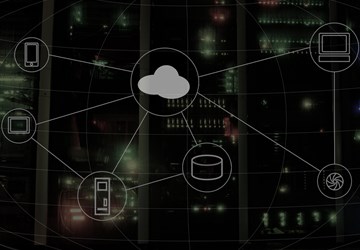 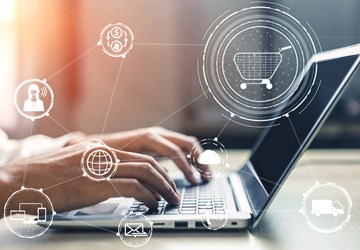