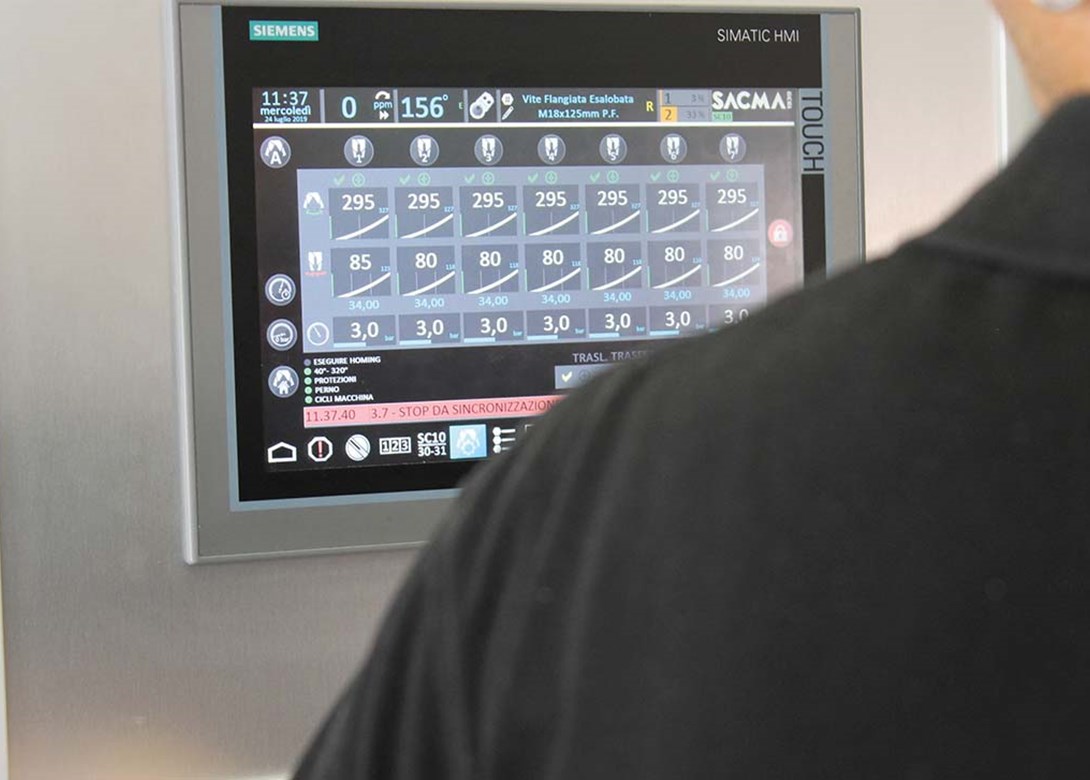 SACMA has introduced new features for its whole range of large net shape part formers to provide additional equipment to the most demanding users. This includes the new S-Feed 2022 for large part formers, the S-Transfer for multi-station headers, as well as the S-PKO system.

SACMA Group has been offering the S-Feed System for more than 10 years. This unique and patented system allows the operator to feed the header in the most precise and simplest way available. The S-Feed System, by means of one or two servomotors according to the machine size, allows the operator to engage the wire while the machine is stopped and also to pull back the wire automatically without any manual operation. The S-Feed is available as a standard feature for all progressive cold and warm formers from size 1 to size 6.

Regarding the large part formers, the new S-Feed 2022 has been implemented using n.2 independent units with n.2 direct drive torque motors giving the opportunity to the customer to feed more wire diameters with the same set of feeding rolls and avoiding any manual adjustment. The advantages of this new release are a quick changeover – the S-Feed set-up is performed by loading the product recipe on the touchscreen panel and one set of feeding rolls allows a range of wire diameters to be fed.

The S-Feed 2022 offers a range of other benefits including:

The second new feature is the S-Transfer, which is now available not only for six die part formers size 5 and 6. This enables everything to be available from one touch of at the control panel. The unique design, together with quality of materials and precise construction, enables the transfer of the widest range of parts, from shortest to the longest, at high-speed with the assurance of consistent performance, with minor maintenance costs.

The S-Transfer combines these features along with new important functions, such as improved production efficiency and ease of use. After extended testing by the R&D department, combined with industrial production, SACMA says it can guarantee the S-Transfer provides the same reliability as the traditional version, combined with the flexibility and friendly use typical associated with mechatronic applications. 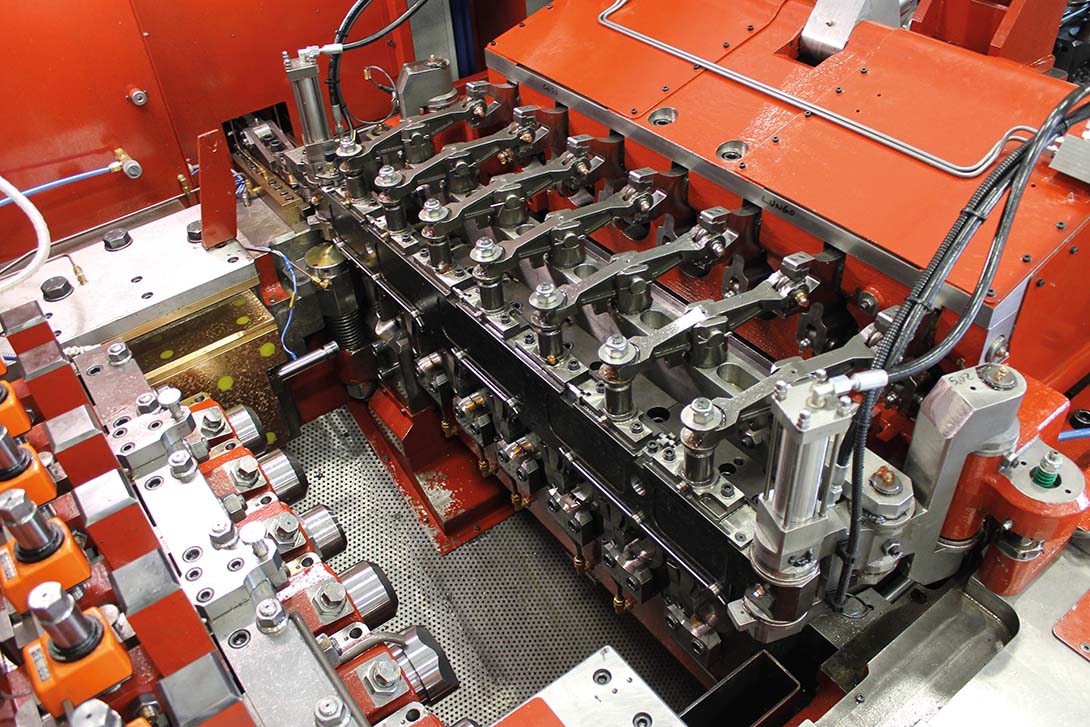 The S-Transfer enables a reduction of changeover time, as the set-up of the transfer is done by loading the product code from the operator panel – saving around 20 minutes. The S-Transfer also offers easy and user-friendly set-up operations for a new product, due to no manual intervention – the opening and closing angles of the fingers are set from the touchscreen panel.

Other features of the S-Transfer include the same function of the SC800 – a mechanical transfer – meaning there is supervision of part presence in the finger. There is also an independent opening function of all the fingers included in the S-Transfer, which replaces the option of a pneumatic system to open the fingers in the mechanical transfer – offering higher flexibility. The closing force of each pair of fingers is also individually adjustable from the operator panel.

SACMA points out the S-Transfer also offers versatility with all the opening and closing cams – normal, fast and ultra-fast – available in the program menu, as well as offering safety thanks to the regenerative drive used for the flywheel. This means there are no problems of damage in case of black out. Stability and durability is also ensured by a chiller, keeping the temperature of the linear motors in optimal conditions.

All transfer settings are stored in the PLC and applied automatically when producing the same part in the future. The advantage of a perfect repeatability and quick set-up makes the transfer very easy and intuitive – meaning it can be used by the new generation of technicians.

The S-Transfer is also the result of a synergy with Ingramatic in the application of servomotors for different functions; this shared experience reduces the ‘time to market’ of the new projects while ensuring a product’s reliability from day one.

Another new development from SACMA is the new S-PKO system to help knock out the part after forming – to keep it inside the die block before being transferred to the next station. The main and most important feature is that the pko stroke is continuously adjustable. An encoder measurement system of the pko stroke shows the value on the HMI. This means there is a quick changeover and the pko set-up can be performed without cam replacement. Tooling performance is improved, as the standard stepped stroke adjustment led to a weakness of the punch bodies due to the extra room needed. The continuous adjustment also improves the design optimisation of the tooling. The S-PKO is user-friendly as the set-up operation is made with an adjustment screw to tune up the position of a moving cam, which ensures the proper stroke of the ejector pin.

It is indeed a well known fact that regarding direct or inverse extrusion processes, especially with high area reductions, the dimensions during the first operating minutes can vary considerably by getting higher until  tabilisation. This dimensional instability could affect the subsequent operations and makes the finished parts NC (not conforming). Running special parts with multi shapes, the parts produced in the first minutes are normally thrown away causing economic damage. The operator tries to solve this problem by making some adjustments on the machine such as blank length, relocation of pressure wedges, etc, but in the end this results in an additional loss of time, which entails the risk of altering the right tool and machine set-up. The main causes of this dimensional instability are two-fold – tool  temperature and cooling oil temperature.

Consequently, the machines, the tools, and the cooling oil, should be put in condition to work as much as possible at a constant temperature. This goal can be reached with a heating process before and a cooling one afterwards – by installing an adequate thermoregulation system. In this way the scrap of NC parts will be severely reduced from the beginning and the normal functioning conditions stabilised by making the finished parts’ precision more constant.

As for the tools’ thermoregulation the most critical point is represented by the dies. Since it’s not possible to act on every single die, SACMA chose to build a circuit in the die box. By circulating in the die box the fluid generates or reduces the heat in the box itself on the basis of the set temperature value. The reference temperature is that of the fluid and it is supposed to be near to that of the die box. The fluid circulates in the cooling oil tank leveling the different temperatures. Using past experiences, SACMA says there’s no need to modify the cooling oil temperature from that of the die box, which is generally set between 50°C and 60°C (122°F – 140°F). 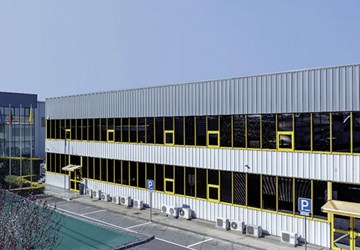 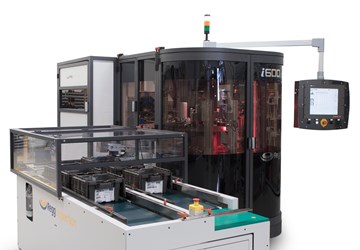