The Las Vegas Show will be one of the most important stages anticipating Dimac’s thirty year anniversary in 2018.

Dimac has announced a renewed partnership with North America’s Angor-Intools, which it will co-host booth 518 at The Fastener Show in Las Vegas. The Italian company will exhibit the latest technology dedicated to inspection and sorting.

“We aim to identify and gain straightforward insight into the major technological trends developing in the sector,” General Manager Massimo Agrati explains. “Vegas is one of the main touchpoints for networking between parts manufacturers, distributors, and allied industry, in search of new products, services or partners.” The recently upgraded and modernised MCV1 model is certainly one of the aces up Dimac’s sleeve. “Customers appreciate its modularity and versatility in addition to its functionality,” Mr Agrati argues. “Leading companies such as Canada’s Formnet Inc and Thomopson Fasteners Inc, or US Sems & Specials, AIC California, and CMG Park, have fleets of MCV1 continuously running in their plants.” This automatic machine guarantees fast setting and high productivity, which means a significant saving in terms of costs and time. Sorting and the inspection of parts is carried out by high-resolution digital cameras, equipped with the latest generation of telecentric optics. High-speed NDT stations by Eddy current equipment can be installed as an option for heat treatment control, as well to detect the presence of plating and crack detection.

Both models rely on MCVx vision software, developed to detect even the most crucial features such as head and shank diameter, lengths, straightness, concentricity, thread angle.

For 30 years, Dimac has placed innovation at the heart of its priorities, becoming a recognised benchmark in a great many countries, reflecting a worldwide dynamism in know-how, skills and innovations. 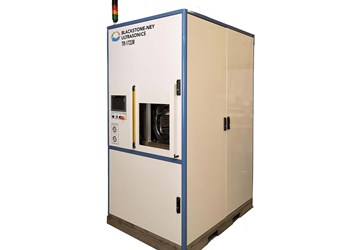