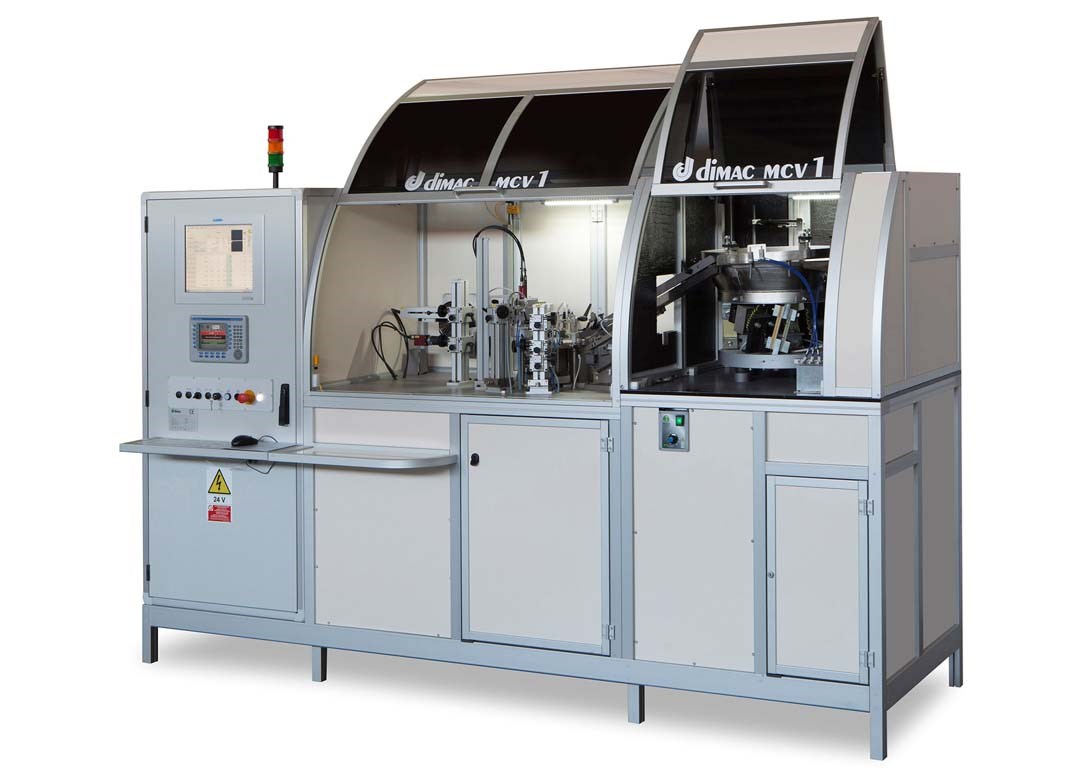 Twenty years ago the Dimac MCV1 was presented to the market for the first time at the wire® Dusseldorf 2002 show. With that in mind we spoke to Massimo Agrati, CEO of Dimac Srl, on the machine’s 20th anniversary and how it has developed over the last two decades.

Why was the decision made to design a 100% automatic sorting machine for screws?

“My father Carlo, founder of Ingramatic SpA, was one of the most important Italian mechanical designers of the 1960s and 1970s in the field of machines for producing and threading  screws. He wanted to put his experience into the design of 100% automatic control and sorting machines that would guarantee high reliability and flexibility. As well as this, Italian customers, of which my father was a consultant, urged him to start developing a 100% inspection machine made in Italy.

The Dimac core business was the modernisation of machinery for the production of screws such as cold forging presses, pointing machines, thread rolling machines and washer assembly systems for Italian, German and French customers. Because of this, a German subcontractor specialised in the manual sorting of screws and special parts knew that we were developing a prototype inspection machine and wanted to cooperate in the development. We therefore combined this company’s experience in the sorting of fasteners with our experience in the production of screws and the prototype of the MCV1 machine was born.

The MCV1 prototype was characterised by very robust mechanics. It featured a rotary table with a stepping motor with torque control that could rotate both continuously. It was indexed by pressing a button and had a SONY vision system that today we would define almost as ‘Jurassic’ – with a single analogue side camera and cathode ray tube monitor programmable only with a joystick. In those days our priority was the mechanics and the robustness of the machine and it paid off – the first machine is actually still operative at the German subcontractor in Neuenrade – after some modernisations of course.

The positive collaboration with the German subcontractor led to the improvement of the prototype; the ‘Jurassic’ vision system was replaced with a system developed by Dimac that included a larger 15 inch colour LCD monitor  along with a brand new user interface tbat was operator oriented. We also improved the ergonomics, working on the structure of the machine and enlarging the access. The working range was also expanded by making the feeding system adjustable and very flexible.”

What was the industry’s reaction to the first MCV1?

“Back in 2002, the wire® show gave us important visibility and aroused a lot of curiosity among European customers. The need for 100% inspection and sorting of fasteners was an emerging issue at that time, with only a few European and American sorting machines manufacturers looking at the topic. Dimac customers were very impressed with a new, interesting and reliable solution to inspect screws. Most of the visitors to the show asked to start a cooperation with us to develop their internal sorting departments in Italy, Germany and France.”

How has the MCV1 developed in twenty years?

“MCV1 was very successful. In a few hours, the machine made it possible to train a technician without any skills and let him be able to set-up and programme the machine. This was possible by applying knobs and levers for adjusting the main mechanical parts in place of tools and operating keys and by designing an operator-oriented user interface to edit a control plan in a few minutes through repetitive steps. 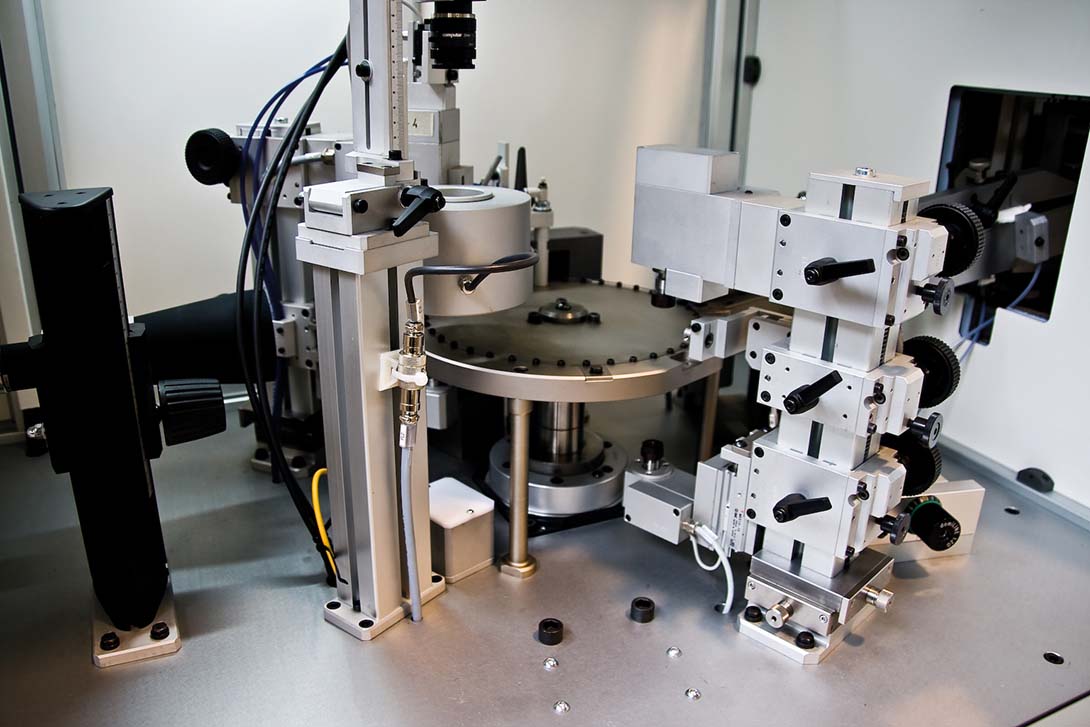 The evolution of the machine over the years has involved the part handling system; a feeder-bowl developed under our specifications for fasteners difficult to orientate; a feeder bowl developed to obtain high output rates up to 800 pieces per minute; an elevator with hopper and tilting porter; a special conveyor belt to carry out softly the OK parts; a segregate chute for NOK parts inside the machine frame; a programmable output chute to keep separate NOK parts by choice; as well as the development of machines for the immediate automatic boxing of the OK parts below the exit chute.

At the same time, new stations were introduced for non-destructive testing by eddy-current for cracks and heat treatment; new optical stations for 360° dimensional and surface defect control; as well as mechanical control stations for gauging internal features. The user interface and functions for optical dimensional control and for the detection of surface defects have also been constantly enriched with new parameters and filters to identify increasingly complex and localised defects.

Today, the MCV1 remains a cutting-edge machine for the 100% automatic selection of fasteners with a very high coefficient of reliability, versatility, precision and repeatability.” 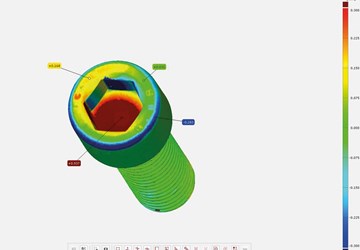 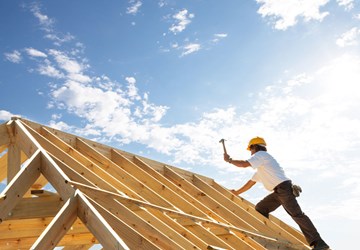