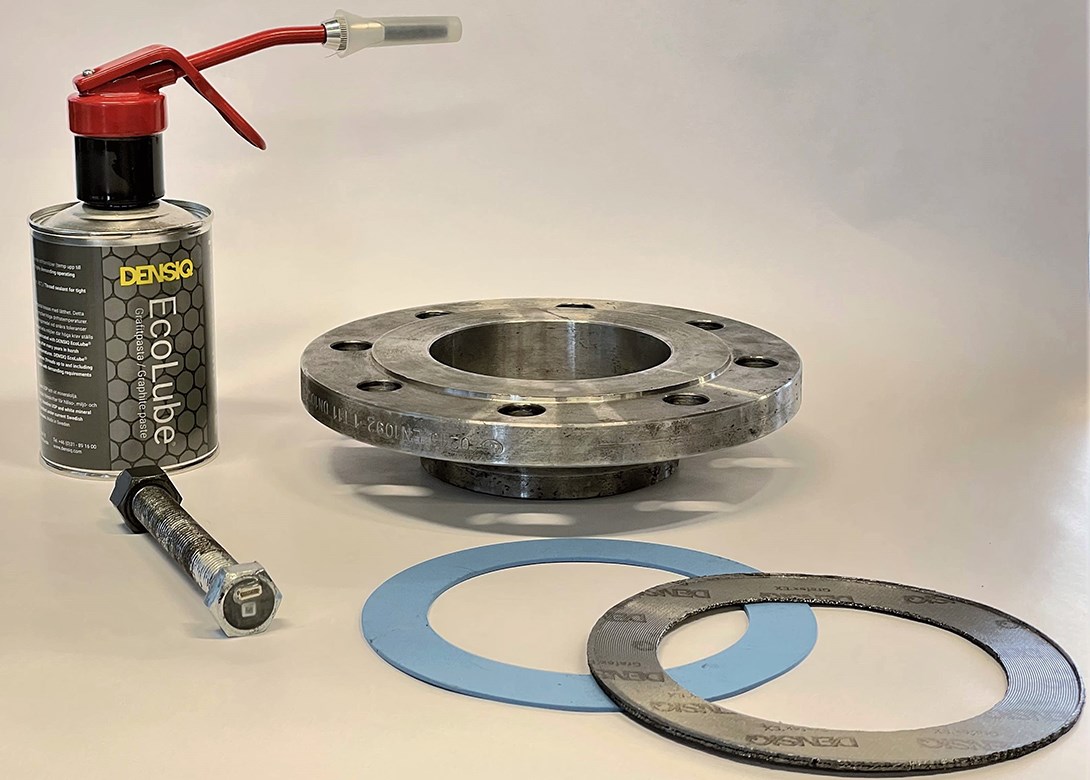 The clamping force of a bolted joint is mainly determined by the assembly of the bolt itself. However, settlements and relaxation of surfaces and soft materials in the joint, together with external loads, can lead to a reduction of the initial assembled clamping force during service. In worst case scenarios this can actually implicate bolts coming loose, leaking gaskets (if present in the joint) and/or catastrophic failure.

The automotive industry has addressed this risk by applying strict design rules on surface roughness and geometry for critical joints, combined with accurate assembly such as torque and angle tightening, gradient controlled tightening or ultrasonic controlled tightening. All to achieve an accurate and repeatable initial clamp load and to minimise loss of clamping force in service.

In the industrial sector however, such assembly techniques are sometimes not possible to apply and, due to generally larger dimensions of components, surface control to fine tolerances is difficult to achieve. Hence, industrial bolted joints typically achieve less accuracy in assembly and have more settlements/relaxation, especially if combined with gaskets, leading to higher risks of severe clamping force loss and failure. As a result of this, bolted joints in industrial applications often require expensive maintenance in the form of regular, manual checks and regular retightening.

TensionCam Systems AB, a small Swedish start-up, is now addressing the issue of poor clamping force control in industrial bolted joints, by making it possible to remotely monitor the clamp load in industrial fasteners. A fingerprint sensor (yes, the kind you find on your mobile phone) is used to monitor a pattern in the bolt head or nut side, utilising the deformation of the pattern to measure the clamping force in the joint. Assembly can thereby be performed to a target clamp force level; maintenance can be planned and executed only when really needed; and/or a warning can be sent out in case of the clamping force dropping to a dangerously low level.

There are numerous different industrial bolted joint applications where variations and loss of clamping force can be an issue. One of the most common joint type is the pipe flange, typically found connected to pumps, valves and inbetween pipe connections. Here the clamping force is crucial to assure that the gasket in the flange can keep the joint sealed. As many industrial pipe systems carry aggressive chemicals, the sealing function is critical and leakages can lead to severe environmental damages and personal injuries.

In this investigation TensionCam technology is used on a flange joint supplied by Densiq AB, a leading supplier of sealing solutions to the industrial sector. The focus of the study is to examine the so called ‘neighbour-effect’ – when loosening and exchanging one bolt in a flange joint – and to see if gaskets with different stiffness behaviours have significant influence on the clamping force after assembly.

For each experiment all eight bolts are tightened to 100Nm according to the given sequence. Subsequently bolt #1 is loosened and thereafter retightened again to 100Nm. For the circular assembly pattern, the bolts are further tightened up to 100Nm after the first assembly, as this sequence was expected to give a more uneven clamping force distribution compared to cross wise assembly. It was noted during measurements that bolt #7 systematically showed low values, also during set-up of the experiment. This could be due to poor readings in the TensionCam sensor or damages causing higher assembly torque in this bolt position.

The experiments show that loosening of one bolt in an assembled joint causes the clamping force to increase in the two neighbouring bolts by approximately 7% – 8%. As the loosened bolt thereafter is retightened the clamping force of the two neighbours goes back to the ‘assembled’ condition, whereas the retightened bolt achieves a higher clamping force. For graphite gasket the increase is higher (in the range of 30%) as compared to PTFE (in the range of 20%). Hence, it can be questioned to which torque a replaced or retightened single bolt actually shall be assembled to?

Furthermore, the experiments indicate that a stiffer gasket (graphite) causes lower clamping force from assembly, as compared to a softer gasket, when assembly is torque controlled and done in one step (direct to 100Nm). 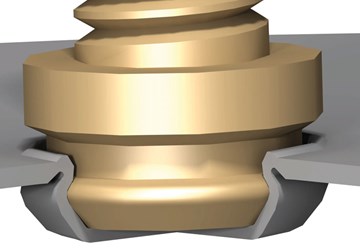